« Discuss the theme of time in Samuel Beckett’s Endgame Samuel Beckett, the playwright of Endgame (1957), was majorly known for his ability to writing plays that left the audience wondering.

His unique interpretations of the audience and their application of his work to their own lives allowed for completely different theatrical experiences for each person, as himself said during an interview of the 1961 “the key word in my play is perhaps”. His play Endgame revolves around the lack of action, incommunicableness and paradoxical nature of the dialogues that represent the essence of the theatre of the absurd of which Beckett was a major exponent.

As was his custom, Beckett himself translated it into English.

It was considered along with such work as Waiting For Godot, to be among Beckett’s most important works. It is a one- act play with four characters: Hamm, who is an aged master who is blind and unable to stand; his servant Clov, who cannot sit down; and Hamm’s parents Nagg and Nell, who live in two garbage bins.

The location seems to be by the sea, although the dialogue suggests that there is nothing left outside, no sea, no sun, no clouds. Endgame’s structure is circular and the ending is a mirror image of the beginning. But how does Becket manage to create this circular structure in a play that has to end? The play follows all the Aristotle’s dramaturgical Classical unities, in particular, the Unity of Time, meaning that a tragedy must occurs within a period of twenty-four hours. This allows for the plot to remain rather simple, repetitive and not difficult to follow, because the characters do the same things and repeat the same phrases throughout the singular act (for example Clov’s “I’ll leave you” ten times, Hamm’s “painkiller” seven times, and words like “finished, death, end”).. » 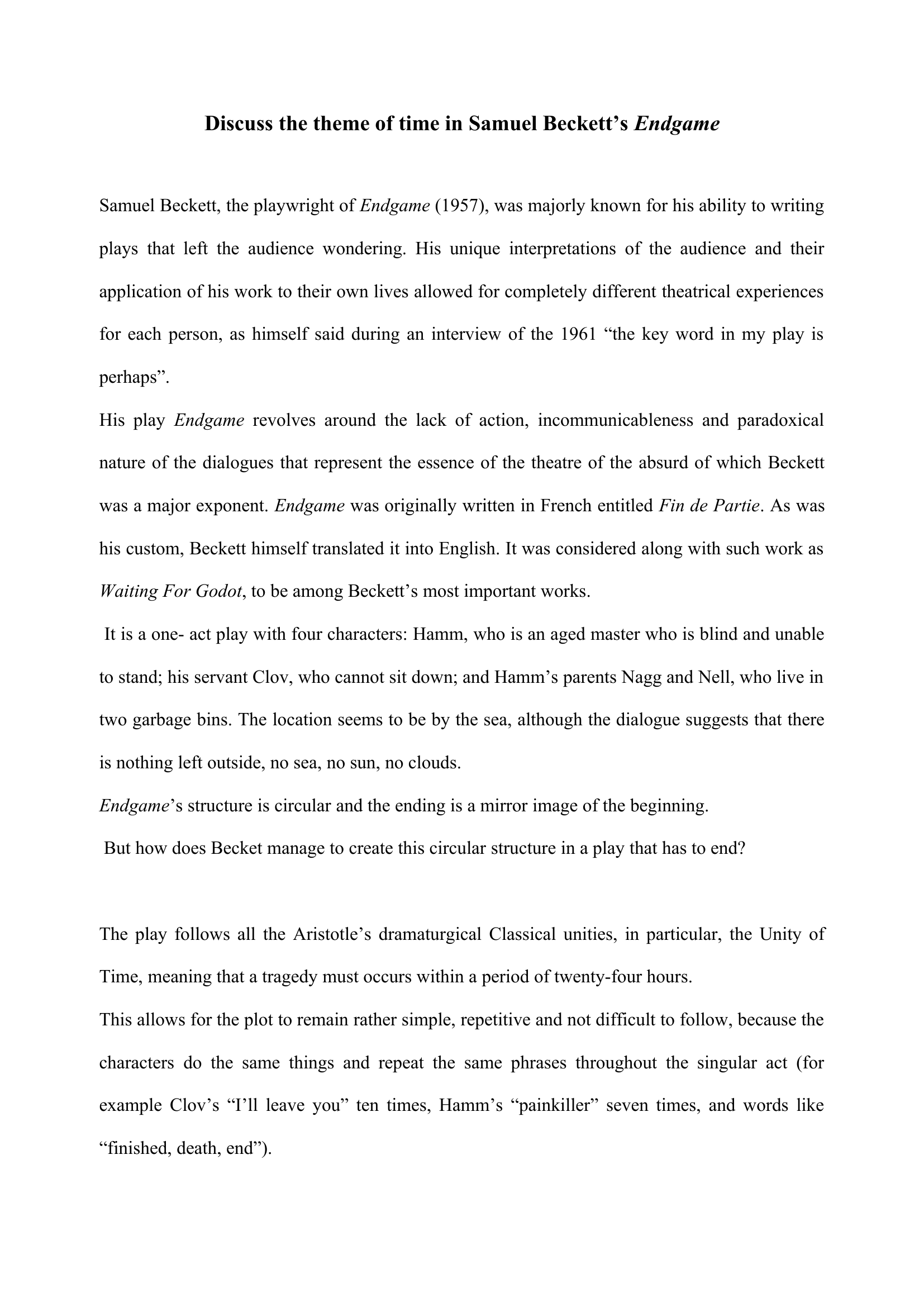